In a party line vote, Virginia Senate has just passed the red flag bill 21-19… introducing what we like to call Spiteful Confiscation.

This bill touts safety as its primary cause yet peeling back the onion a tad further and no where in the bill does it explain how safety is reached. Instead, there’s a plethora of clear language on how the state plans to enforce their will on the 91 of 95 counties in Virginia who have passed 2A sanctuary resolutions. When 91 of 95 localities are against what the capitol is trying to do, how can they pretend it’s the will of the people?

This bill will allow the government to confiscate the weapons of anyone deemed a threat or anyone under any circumstance someone else just doesnt like, without due process of law or a warrant, officers can no knock enter a home and take every weapon inside while placing citizen under arrest.

And the list continues. Anything that can be painted as a POSSIBLE danger (even with law abiding people) can be on this list.

Again, how is disarming law abiding citizens making anyone safer? If you’re going to pass a law on the grounds of something, I’d hope you’d be able to articulate how the law achieves it.

The facts are clear, the only ones with weapons now in Virginia are the criminals. And criminals follow laws (by definition) like politicians follow their oath. 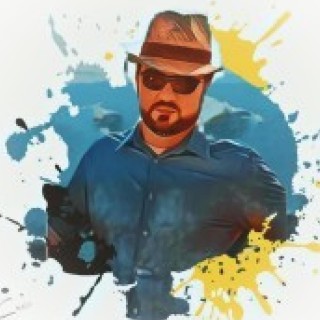 At the end of the day, the only thing that really matters is who you are. Stay true to yourself! ✊
1 in 10s. ✅ Thank you @patriots for another great season. 🙏 •••• Blog post: New England Patriots: “Team of the Decade” 👉 http://bit.ly/2sSqnjM
Dear 2019, thank you for the lessons. 👏 Dear 2020, I am ready. ✊ Dear God, Whether I leave behind a year of joy or of trials and difficulties, I pause to give thanks. Thank you for being with me everyday of every year. Thank you for making all things new and for giving me the grace of fresh starts and new beginnings. Remind me of your presence in the days to come, even when I feel pushed and rushed by busyness. Be glorified in my life this year. Amen 🙏 —— Read my latest post “Welcoming The New Year With A Note To Myself” http://bit.ly/39w0TJt
When I’d get good grades growing up, my grandmother would take me to @villageinnpizza. 👨‍🎓 • Now whenever I visit and my grandmother is good, I take her to Village Inn. ✊ #FamilyTradition
Watch out world! 😳 • The Feimster clan is all packed up and en route south towards the land of my people — a place where the locals understand my accent and don’t need to ask me 23X/day where I’m from, biscuits come with gravy, #cheerwine is on tap, the tea is sweet, and “Bless your heart” is some serious shade. 🙌 • Yes! I’m talking about about the area where everyone is related to a bootlegger, gave birth to @nascar, and the place where everyone knows each other...otherwise known as the “Foothills of NC”. ✊ • Stop #1 is in the books. ✅
There were times I'd put just $10 worth of gas in my tank, while other times $50. I've had just $5 to feed myself and I've also had $200 to go out to eat. I’ve had a house full of food and I didn't have any. I’ve been in stores cashing out with no worries and I’ve also had to add it up and put things back on the shelf. I’ve paid my bills in full and I’ve had to pay it late, too. I’ve given money and I too have had to ask for it. . . We all have highs and lows in life, some certainly more than others, but we’re all just trying to make it. . . No one is better than anyone else, and my heart is sad for those who think that they are. No matter how big your house is, how new your car is, or how much money sits in your bank account - we all bleed red and will fade from this earth. Death has no discrimination neither should your life. . . The people who pretend they love you so much will leave you standing in all the storms just so they can shine. . . Be kind to others. We are all here to serve. Stop the power-tripping. Your over-sized ego won't get you anywhere. And know that not everyone has the same heart as you. #behumble ✊